Members of the Guinean special forces in front of the People’s Palace in Conakry on September 6, 2021

During the year 2020, four African presidents from Côte d’Ivoire, Guinea, Niger and Burundi have completed or were about to complete their last terms, according to the constitutions of their respective countries.

However, only two of them, namely Pierre Nkurunziza from Burundi and Mahamadou Issoufou from Niger agreed to step down while Alpha Condé in Guinea and Alassane Ouattara in Côte d’Ivoire stood for a third term by modifying their constitutions.

These developments of presidents altering the constitution to circumvent term limits are not only harmful to democracy, but are also at the root of the coups and instability that we see in the sub-region.

Military coups in West Africa have occurred regularly in Africa in the decades since independence and the recent events in Guinea which resulted in the ouster of President Condé are the latest example of interference. of the army in national politics.

Neighboring Mali has seen two military interventions in less than a year, the most recent in May. In Niger, a coup was foiled in March, just days before the presidential inauguration.

When is a coup d’etat a coup?

One definition used is that of an illegal and overt attempt by the military or other civilian officials to overthrow sitting leaders. A study by two American researchers, Jonathan Powell and Clayton Thyne, identified more than 200 such attempts in Africa since the late 1950s. About half of them were successful – defined as having lasted longer. of seven days, Burkina Faso having experienced the most successful, with seven and only one failure.

The coup in Guinea

On Sunday, mutinous soldiers in Guinea staged a coup and arrested President Alpha Condé, 83, after hours of heavy gunfire near the presidential palace in the capital, Conakry.

The soldiers, appointed National Rally and Development Committee, led by Colonel Mamadi Doumbouya, took control of the airwaves and announced on public television that the government had been dissolved and its constitution declared invalid while professing their attachment to values. democratic. “We will no longer hand politics over to one man. We are going to hand it over to the people, ”said Doumbouya. 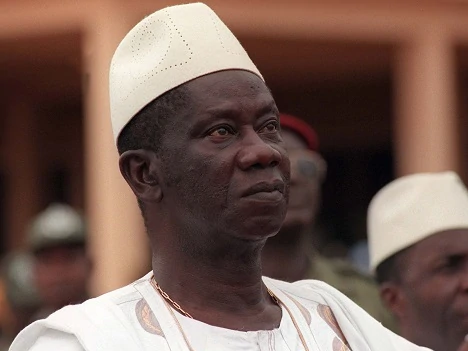 In 1984, Lansana Conte took control of the country after the death of the first post-independence leader.

In 1984, Lansana Conte took control of the country after the death of the first post-independence ruler. He remained in power for a quarter of a century until his death in 2008, accused of siphoning state coffers to enrich his family and friends.

The country’s second coup soon followed, putting army captain Moussa “Dadis” Camara in command. During his reign, security forces opened fire on demonstrators at a stadium in Conakry, where they were protesting against his plan to run for president.

Human rights groups said more than 150 people were killed and at least 100 women were raped. Camara then went into exile after surviving an assassination attempt, and a transitional government organized the historic 2010 election which was won by Alpha Condé, who became the first democratically elected leader in Guinea since independence. from France.

Later last year, he amended the constitution to allow him to stay in power beyond the two-term limit and won a third term in a contested election.

Condé’s electoral victory in 2010, the country’s first democratic vote, was meant to be a fresh start for a country that had been marred by decades of corruption, authoritarian rule and political unrest.

Since taking the reins of government, opponents have said Condé has also failed to improve the lives of Guineans, most of whom live in poverty despite the country’s vast mineral wealth in bauxite and gold. .

The year after his first election, he barely survived an assassination attempt after gunmen surrounded his house overnight and shelled his room with rockets. Rocket-propelled grenades landed inside the compound and one of his bodyguards was killed.

Violent street protests erupted last year after Condé called a referendum to change the constitution. The unrest escalated after his victory in the October election, and the opposition said dozens of people were killed during the crisis.

Coup leader Colonel Mamady Doumbouya, 41, is seen as the new man in charge of Guinea after successfully leading a unit of elite soldiers to seize power a few weeks ago .

Little is known about Colonel Doumbouya’s youth, except that he comes from the Malinké community like President Condé and is from the eastern region of Kankan in Guinea.

Notably, Colonel Doumbouya is one of 25 Guinean officials whom the EU has threatened to sanction for alleged human rights violations committed in recent years under President Condé.

Colonel Doumbouya also quoted the late Jerry Rawlings of Ghana – who took power in 1979 – as saying “if the people are crushed by their elites, it is up to the army to give the people their freedom”.

His 15-year military career has seen him serve in missions in Afghanistan, Côte d’Ivoire, Djibouti, Central African Republic and in close protection in Israel, Cyprus, the United Kingdom and Guinea.

He would have “brilliantly completed” the specialist training in operational protection at the International Security Academy in Israel, as well as the elite military training in Senegal, Gabon and France. After serving in the French Foreign Legion for several years, Colonel Doumbouya was invited by President Condé himself to return to Guinea to lead the new elite group of special forces (GFS) in 2018.

By recalling Colonel Doumbouya to set up the GFS, President Condé had no idea that he was hastening his own political demise.